I wanted to share my experiences as James Edgar Skye with the ups, the downs, even the negatives and positives of life. I shared what I went through, which was a lot in 2020, with my mother’s loss in December 2019, and it changed my world. I still went through immense pain, and I am trying my best to continue to work on my inner I with living in the now. Life coaching was a major part and was suicidal thoughts that I endured. I felt the feels and was more vulnerable to others outside of me than at any point on this journey.  Join me as I talk about what 2020 meant to me, The Bipolar Writer and James Edgar Skye.

How can you become an interviewee? Just email me @ thebipolarwriterpodcast@gmail.com.

I will record the Zoom interviews and use Anchor.fm to put the podcast on different platforms like Spotify and Apple Podcast or anywhere you listen. The only thing that will go live will be the audio file, and while I save my interviews, it will be on my cloud. The podcast is all about exploring the stories of depression, self-harm, anxiety, suicide, mental health issues today, mental illness stories, and everything in between. I would love for you to be one of the people who began on the Bipolar Writer Podcast’s ground floor. Thank you for your time, and you can use the contact page.

It is my hope for The Bipolar Writer Podcast to become fully listener-supported. You can become a supporter of the podcast here.  You can also support the podcast by clicking the button below, where you can buy me a coffee.

So how can you support The Bipolar Writer Podcast and James Edgar Skye? Well, there are several ways. 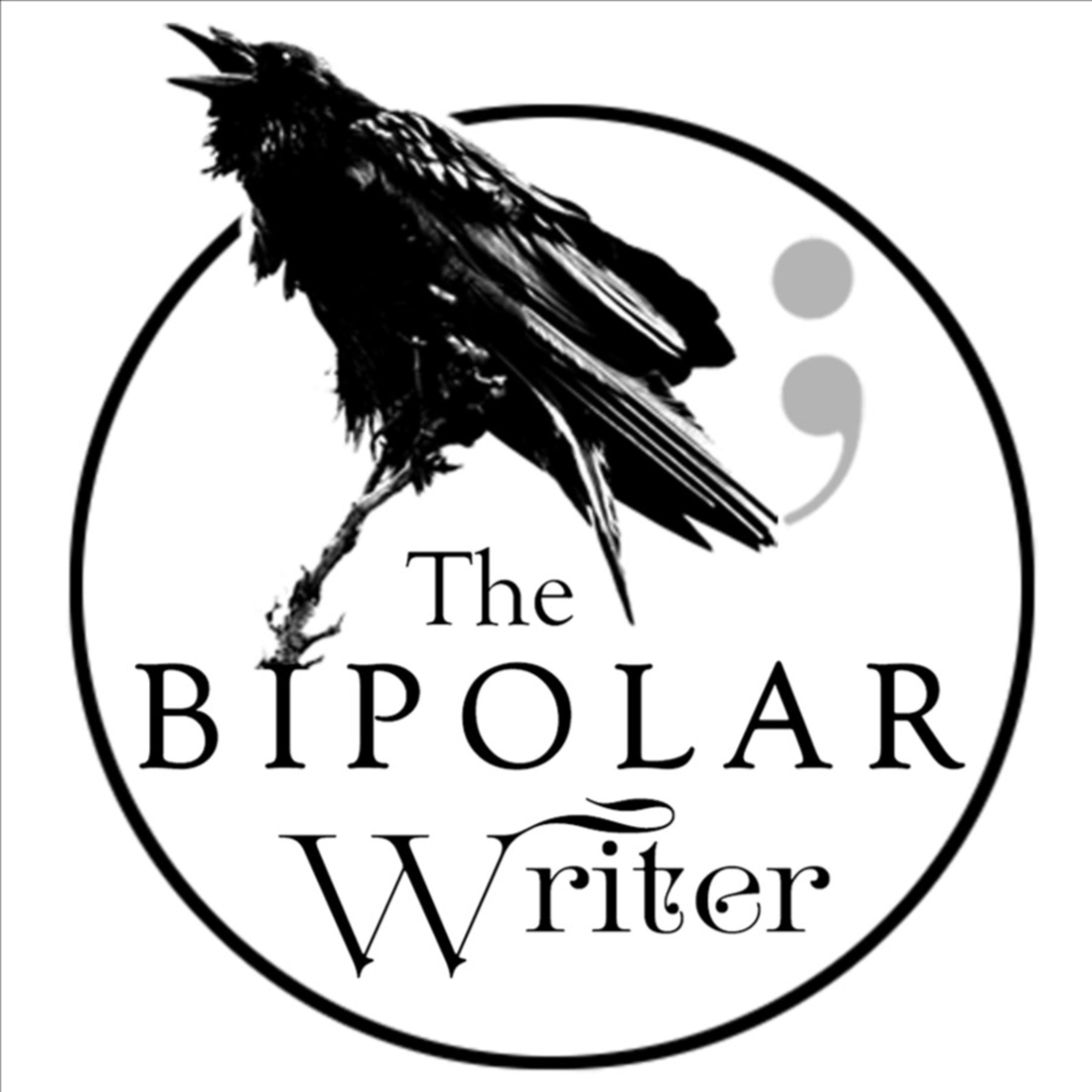 About A.K. My name is A.K. Wilson, or otherwise known as Angel. I am a mother, blogger, mental health, and domestic violence survivor advocate. I am a multi-genre author and writer.  I was born in New York, Raised in NJ, made a home in Kentucky. I live life to the fullest and cherish every moment. My links 🙂 http://www.twistedenchantedworld.com Contact James If you are looking for all things James Edgar Skye, you can find his social media visiting https://linqapp.com/james_skye Also support a life coach that has influenced me along my journey of self-reflection: https://www.groundsforclarity.com The Bipolar Writer Podcast is listener-supported, and for as little as $5 a month, you can help support the mental health advocacy that I do by visiting http://www.buymeacoffee.com/jamesedgarskye. Please help this podcast grow by sharing with friends or anyone that you think will benefit from the experiences of others and myself. You can also find me on the following websites. You can also find me on the following websites to book your interview, ask questions, and reach out to me. http://www.jamesedgarskye.me Purchase my books at: https://www.jamesedgarskye.me/jamesedgarskyebooks — This episode is sponsored by · Anchor: The easiest way to make a podcast. https://anchor.fm/app — Send in a voice message: https://anchor.fm/jamesedgarskye22/message Support this podcast: https://anchor.fm/jamesedgarskye22/support

What is the worst that can happen?

For everything James Edgar Skye use the QR code below Or use this link.

Photo by Jeremy Enns on Unsplash

I have been encouraged by the BLACK LIVES MATTER movement and pray it will make a positive change in America and around the world. It is time and it is necessary. Please keep in mind as you read the following words I do NOT want to EVER take anything away from the Black Lives Matter movement. I am listening and I am learning and my heart is bleeding with everyone else during these difficult times all over the world.

Seeing so many people protesting is encouraging to me because after far too many years of oppression for people of color, people of all races are finally listening to the fact that racism exists and must stop now. I see the images of protesting on the news and see them as a symbol of unity and love. The rainbow of races in the crowds is beautiful to me and is how the world should look.

Hearing the many struggles black people face daily from being discriminated against due to the color of their skin makes me angry and at the same time reminds me of each time I was treated poorly because of the labels of mental illness I was branded with. Again, please know I am not comparing the two because I know they are different but at the same time have many similarities.

In my new memoir, SHAME ATE MY SOUL, I share examples throughout my book of the many times I was discriminated against and treated unfairly due to the stigma of mental illness. So, even though I am not black I can relate to the pain and shame people of color experience. I have been discriminated against not because of the color of my skin but because I was diagnosed with mental illness. I know it is different but in many ways the pain and shame it causes are one and the same.

I can also say I was treated unfairly by the police because of mental illness stigma. I share some examples in my book but the one I am going to share with you today is not in my book.

A few years after my diagnosis I got divorced and had joint custody of my two children with my ex-husband. My son was about five years old at the time and was a mama’s boy (and still is). When he was at his Dad’s house, he would call me on the phone repeatedly crying hysterically. It broke my heart every time. One day I felt so sad for my baby boy and was worried about him that I drove over to my ex-husband’s house just to check on him and give him some love.

I was sitting in my car holding my Keagan on my lap when my ex-husband came out to the car and pulled him from me causing him to hit his head on the car as he pulled him out. I was so heartbroken and worried seeing my Keagan so sad, I called the police to check on him to make sure he was okay.

The police officer was very cordial when he spoke to me outside. Then he went inside my ex-husband’s house to speak to him. When the police officer came back outside it was a different story. His demeanor with me had changed and he handcuffed me, arrested me and put me in the back of the police car.

He told me I was arrested because I should not have come over to to the house when it was not my night and charged me with a disorderly conduct. I called the police on myself. What? I was not disturbing anyone or loud or anything.

I was pregnant with my third baby at the time and cried the entire way to the police station. I told the police officer I had never been arrested before.

“What?” Really?” the police officer was shocked.

I could tell he genuinely felt bad now like he wished he hadn’t arrested me. I wondered why he thought I had been arrested before, like I was a regular. I don’t look like your stereotypical criminal (not really sure what that is, but I don’t think I look that.)

I got bailed out and did not have to stay in jail overnight or anything. My charge was written down from disorderly conduct to a fine/forfeiture but still cost me $90.00. The worst part is that disorderly conduct was on my permanent record even though it was written down to a fine/forfeiture. I could not afford an attorney to get rid of it. It was and always has been humiliating to have to explain this charge and relive the experience every time I interviewed for a job.

On a side note — I have a heavy foot and tend to drive fast. Later, I was pulled over by this same police officer two other times for speeding and he NEVER gave me a ticket. My thought was because he knew he wrongly arrested me for NOTHING before. He felt bad and never gave me a ticket.

It’s a blessing to educate yourself about mental health versus experiencing it.

There is stigma and mistreatment that exists with people who have mental illness and police officers, just like there is for people who are black or brown. I know it is not the same or as bad.

I imagine how awful I would have been treated if I had a mental illness and I was black. Actually I can’t imagine.

I also self- stigmatized a lot and sometimes still do. Since I have been feeling well, am psychotropic medication free and one psychiatrist even told me I was misdiagnosed and never had bipolar disorder but had PTSD and was addicted to the Benzodiazepine Klonopin mostly instead, I do not self stigmatize as much and the burden of shame has been lifted. It is a great and freeing feeling.

We can never forget that MENTAL HEALTH MATTERS hugely

and we MUST END THE STIGMA OF MENTAL ILLNESS today.

We all must continue to share our stories and continue to educate and fight kindly and bravely to end the stigma of mental illness.

Even though there are troubled times for everyone around the world,

WE MUST NEVER LET PEOPLE FORGET ABOUT US: THOSE WHO LIVE WITH MENTAL ILLNESS.

Please check out my new memoir SHAME ATE MY SOUL. I realized how shame was instilled in me at a young age and increased after I was diagnosed with bipolar disorder. Shame was one of my biggest problems. I needed to give it back… and get rid of it. So, I did. That was a huge part of my recovery and healing.
My book is available on Amazon
and Barnes and Noble
as an Ebook and paperback.