Where to hide, suicide is the only way out
Don’t you know what it’s really about

In 1980, Ozzy Osbourne sang about deliberately drinking to death in the song Suicide Solution, from the album Blizzard of Ozz. Purportedly about the death of AC/DC singer Bon Scott, the song’s lyricist, Bob Daisley, eventually revealed it was about Ozzy Osbourne himself.

In 1986, John McCollum shot himself to death, allegedly after listening to the song. He was nineteen. The band was taken to court, and ultimately the case was dismissed; it was deemed unforeseeable that a song about suicide might incite someone to do it.

In 2017, a girl near my home in New Jersey,  Mallory Grossman, killed herself after being viciously bullied. She was twelve.

This past month, two well-regarded celebrities – Kate Spade and Anthony Bourdain – ended their own lives.

And last night, I found myself wanting to join them.

Here’s the thing: the decision to end one’s life is one’s own alone. Nobody can make that decision for you. The reasons for making that decision are as varied as the colors of a rainbow, but in the end it boils down to a single feeling: despair.

John McCollum felt despair. He was certain – absolutely certain – that his life would never get better. Did Suicide Solution lead to his despair? I’m certain it didn’t, and it isn’t really clear if he even listened or paid attention to the song. He was known to be depressed, and most likely suffered from a chemical imbalance common to millions around the world.

Mallory Grossman also felt despair. She believed in her heart that her life was worth nothing, and that nothing would ever improve. Her despair was brought on by severe mistreatment by her peers; perhaps she came to believe their insults, or perhaps they crushed her soul to the point where she saw no escape. But in the end, her focus narrowed to a single solution.

To make a long story short, I recently made a mistake regarding a family trip that cost several thousand dollars and led to us being unable to travel together. In the grand scheme of things it really isn’t a big deal, but the realization of my mistake renewed in me a deep depression. I felt it coming; I could almost see myself slipping away from the outside.

And last night, as I lay in the dark with these thoughts whirling through my mind, despair revisited me. I felt my focus narrow, a long black tunnel with only one exit. None of the solutions that my family – who were only trying to help – suggested were acceptable. I longed for escape. I was between a rock and a hard place. I wanted to go somewhere no one could ever follow me. I wanted to die.

It was a fleeting moment, withered after a night’s restless sleep, but it’s a feeling I haven’t had in a long, long time. It isn’t gone yet, but it’s simmering in the background for now. And while I can’t stop the depression, and I can’t stop the despair, I can stop short of ending my life. I can do this because I have a lifetime of experience that tells me all things pass with time. I have been here before, and I survived.

Our children, our teenagers – they don’t have this. All they know is that once they were happy, and now life is unbearable. How could you see a way out when every fiber of your being tells you nothing will ever be worthwhile again? How can you possibly weather the storm when the storm is all you know? How can you know the difference between passing rain and the end of the world?

They also don’t have a strong support network yet. When I cried out last night, literally dozens of people rallied to me. I received texts and messages from people I hardly know, offering advice and talk and a friendly ear. Knowing there are people in the world affected by me helped. Young people only have parents who don’t ‘get’ them, and friends who are too wrapped up in their own struggles to see. Very few teenagers have a rock to anchor them.

But I can promise you – I hold this in the highest regard, because I don’t make promises often – that things change. People come and go, and the terrors of your life today will only be memories tomorrow. I know the struggle is unbearable, and there will be days – weeks, or maybe years – when you simply can’t cope. When all there is to do is hide, and fuck the consequences. And that’s okay. Hide. Sleep. Weather the storm in whatever way you can.

To finish with another quote, despair is really a mistake. You can’t ever truly know what the future is going to hold. And however bleak it seems now, there will be a day when you’ll be able to look back and gather strength from the fact that you made it through. If you kill yourself … you’ll never be able to see it.

So despair is not only a kind of sin, theologically, but also a simple mistake, because nobody actually knows.
In that sense there always is hope.

If you or someone you know feels at risk of suicide, please reach out. Contact the National Suicide Prevention Lifeline at 1-800-273-8255, talk to someone about it, and seek help.

On a news report after the suicide of Kate Spade her friend said, “The Kate I knew always had a smile on her face.”

A smile can be an illusion.

Only the person wearing the smile knows the true reason for their smile.

There are many reasons why I smile:

A lot is hidden behind a smile, but the eyes can never lie. 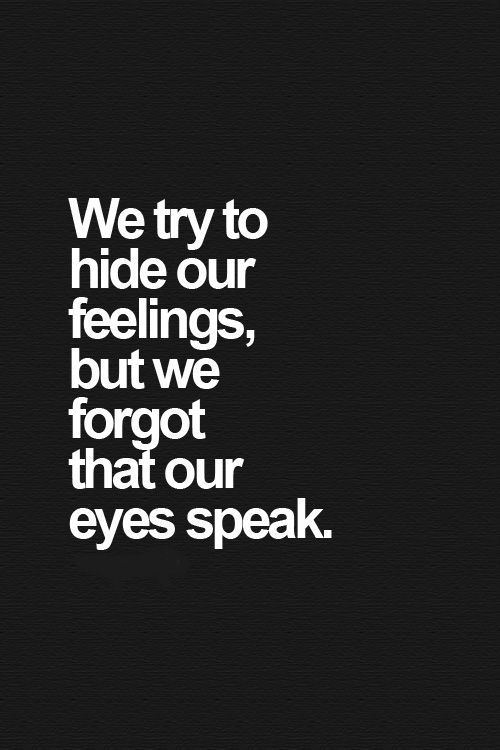 You can never disguise your eyes completely. I wear make-up to make my eyes look pretty and try to disguise my pain, but pain is hidden in the eyes behind the smile. The eyes are the window to the soul and my soul holds the truth of all my secrets.

I have heard many people say after someone dies by suicide that when they looked at pictures of them they could see the pain. It was there. They say they should have looked closer. When we know what to look for and after we know the truth then it’s easy to see it. Hindsight is 20/20.

Look closely into people’s eyes. You can see a lot in their eyes. The eyes are the windows to the soul and there is much beauty inside the windows of the soul.  The soul  holds our truth. The soul holds the blueprint of the person God intended us to be. We are still in there regardless of other masks we hide behind. The soul always lives behind the interference of pain, illness and trauma.

When you look at someone really look at them. See them. Look into their eyes and fully engage with them. Look closely into someone’s eyes so you can see how they are truly feeling and who they are. See and know their pain if and when it is there. See and feel their joy and love if and when it is there. Look into people’s eyes and get to know who they are.

Don’t settle for the masks of outer appearances. Dig deep and look deep into the heart and soul of people. There is much beauty and stories behind pain, mental illness, other illnesses, trauma, a bad day, heartache and so much more. Search for people’s true identity. Find their inner beauty. Everyone has it. God put it there. Sometimes we have to look deeper to find their beauty, but it is there. Be patient and I guarantee you will find it.

A person’s true beauty lies behind the eyes and lives within the soul. 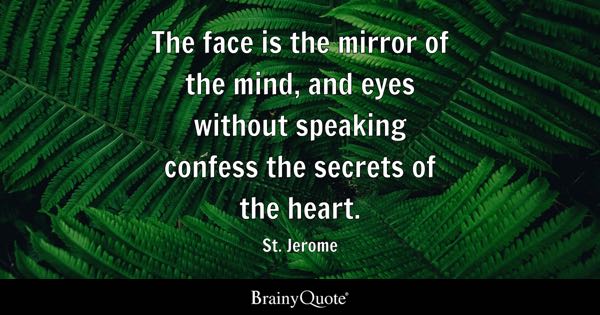